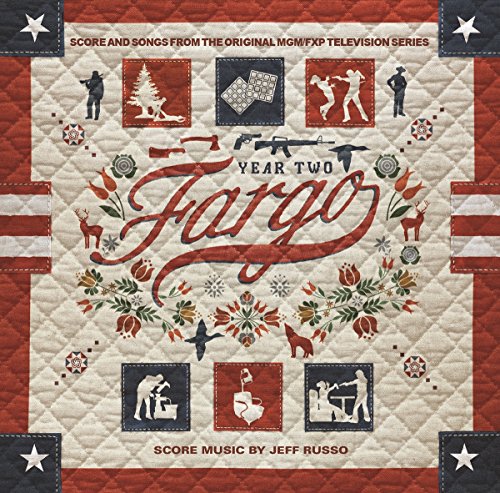 Music on Vinyl 180 gram vinyl pressing of the Jeff Russo’s original score to the second season of the hit television series Fargo.

The score to the second chapter of Fargo features music by Emmy nominated composer Jeff Russo. Jeff Russo has become a prominent composer, songwriter and arranger in the film and television industry. About his work on the series, the composer said: ‘Writing for Fargo has allowed me to push the envelope creatively. It’s a composer’s dream job to be tasked with creating themes, motifs and melodies for such interesting and deep characters with such incredible stories.’

About the various artists songs

The song soundtrack contains music from the pivotal moments of the limited series featuring artists like Tweedy, Bobby Womack, Fleetwood Mac, The Chieftains feat. Bon Iver and others.The Various Artists soundtrack (compiled by Maggie Phillips) features music from pivotal moments of the series and iconic artists such as Billy Thorpe and Bobby Womack. The soundtrack also includes striking covers such as ‘I Am A Man Of Constant Sorrow’ by the Coen Brothers (performed by Blitzen Trapper) or Emmylou Harris’ ‘Didn’t Leave Nobody But The Baby’, performed by score composer Jeff Russo and director Noah Hawley.

1. Yamasuki – Yama Yama
2. the Chieftains Feat. Bon Iver – Down in the Willow Garden
3. the Dramatics – Whatcha See Is Whatcha Get
4. Tweedy – Let’s Find Each Other Tonight
5. Blitzen Trapper – I Am a Man of Constant Sorrow

You may also find sellers of this vinyl pressing at the link below: