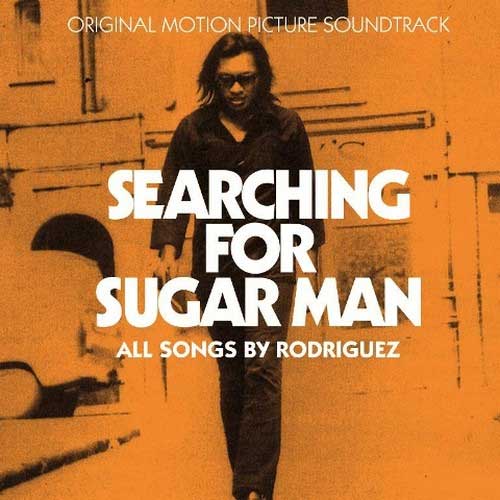 is a 2012 documentary by director Malik Bendjelloul that follows two South African fans as they go on a quest to locate their musician hero Sixto Rodriguez – a folk musician from the early 1970’s who seemingly disappeared from the face of the Earth amidst (false) rumors of an on-stage suicide after his debut album bombed, but before many years later when a bootleg surfaced in South Africa that led to it going platinum.

Back in the late ‘60s, Rodriguez was discovered in a Detroit bar by renowned producers Dennis Coffey and Mike Theodore. They recorded a 1970 album that they believed was going to secure his reputation as one of the greatest recording artists of his generation. Instead, Cold Fact bombed, and despite the release of a second LP, entitled Coming From Reality and produced by Steve Rowland, Rodriguez drifted into obscurity, even being subject to some fantastic rumors of a dramatic onstage death.

Cold Fact took on a life of its own when a bootleg recording found its way into apartheid-era South Africa. Banned by the government, the album became a country-wide phenomenon over the next two decades, and the soundtrack to a resistance movement of liberal African youth. Back in Detroit, working in construction and renovation (he also ran for mayor), Rodriguez was totally unaware that he was not just a folk hero but a household name thousands of miles away.

Decades later, two South African fans, Stephen ‘Sugar’ Segerman and Craig Bartholomew-Strydom set out to find out what really happened to their hero, and their investigation led them to a story more extraordinary than any of the many myths they’d heard. Their story forms the basis of Searching For Sugar Man.

The soundtrack to the documentary, which features a compilation of songs by Rodriguez, has received three releases:

The white vinyl version (not shown in the above video) was released October 2012. It was a first pressing that featured:

You can periodically find the vinyl versions of this soundtrack on Ebay at the link below: